Hamdard at a Glance

The word “Hamdard” is derived from two Persian words: ‘Ham’ means a friend or companion and ‘Dard’ means pain. Hamdard thus means a companion of pain or who shares the pain of others. Hamdard as an organization and as a commercial venture is well known in Asia for its unique nature. It is, by far, the biggest Unani (Natural) Medicine manufacturing concern in the world.

In fact, Hamdard began its solemn journey as a health service provider and later expanded its activities promoting education and other scientific research to help improve the living standards of the people. Hence, as the word implies, Hamdard is continuously endeavouring to eliminate the sufferings of the humanity.

In such endeavours, both Hamdard Laboratories (Waqf) Bangladesh and Hamdard Foundation Bangladesh have played pivotal roles in scaling up the business of the organization under the versatile leadership of Dr. Hakim Mohammad Yousuf Harun Bhuiyan, the architect of modern Hamdard and the founder of Hamdard University Bangladesh (HUB).

In 1906, Hakim Hafiz Abdul Majeed founded Hamdard in Delhi, India. Before his death, he urged his wife to make Hamdard as ‘Waqf,’ dedicated to human welfare. The word ‘Waqf’ means ‘Sacrifice for the people in the name of Allah.’ Later his elder son Hakim Abdul Hameed founded Hamdard University India (Jamia Hamdard India). He served simultaneously as the Chancellor of Aligarh Muslim University and Hamdard University India. For his extra ordinary contributions to the society, Hakim Abdul Hameed was duly honored by several prestigious national and international organizations. In 1983, the erstwhile USSR awarded him with ‘AVICENNA’ and Indian Government graciously conferred him “Padma-Shree” and “Padma-Bhushan.”

The youngest son of Hakim Abdul Majeed, Shaheed Hakim Mohammed Said joined Hamdard India in 1940. After continuing for about eight years, in 1948, he migrated to Pakistan and established ‘Hamdard Pakistan.’ In 1953, he initiated the activities of Hamdard in Bangladesh (erstwhile East Pakistan) through two sales centers: one in Dhaka and the other in Chittagong. Hakim Mohammed Said made Hamdard Bangladesh as ‘Waqf’ in 1972 accomplishing the cycle in the Sub-continent. Since then, Hamdard India, Hamdard Pakistan and Hamdard Bangladesh have been serving the cause of humanity with a similar vision and similar missions.

Hakim Mohammed Said established the City of Science, Culture and Education (Madinat-al-Hikmah) near Karachi. He was the founder Chancellor of Hamdard University Pakistan; he also served as the Governor of Sindh and Health Advisor to the President of Pakistan. As a prolific writer, to his credit he had a large number of books and articles. In his own lifetime, he treated millions of patients free of cost.

Dr. Hakim Mohammad Yousuf Harun Bhuiyan is the forerunner of ‘Modern Hamdard’ in Bangladesh. He joined Hamdard Laboratories (Waqf) Bangladesh in 1972. After working for about a decade, he took over the challenge and responsibility of Hamdard Bangladesh in 1982 along with 23 officers and workers. He started the journey with only Tk 50,225 as balance while Tk 2, 92,000 as debt.

Hamdard is always grateful to all the dedicated persons for their guidance and cooperation. Among them, the most notable are: National Prof. Dr. Nurul Islam, the former Chairman of the Board of Trustees of Hamdard Laboratories (Waqf) Bangladesh; former Chairman Justice Abul Fazal Md. Ahsan Uddin Chowdhury; Barrister Shaukat Ali Khan; Justice Mohammed Abdur Rouf; and national Professor Dr. MR Khan. Along with them, Hamdard also recognizes all the past and present members of the Board of Trustees with dignity and honor. All of them have provided Dr. Hakim Mohammad Yousuf Harun Bhuiyan with their best knowledge, advice and proper guidance in his prosperous journey of Hamdard Laboratories (Waqf) Bangladesh.

With the assistance from the Members of the Board of Trustees and by virtue of Dr. Hakim Mohammad Yousuf Harun Bhuiyan’s versatile leadership and whole hearted support from his colleagues, Hamdard Laboratories (Waqf) Bangladesh achieved a remarkable growth within a short period. A new dynamism came into existence and Hamdard became very popular in the country for its healthcare services and philanthropic activities.

The development of Unani medicine during the 20th century owes its vitality to the three towering figures: Hakim Abdul Hameed from India, Shaheed Hakim Mohammed Said from Pakistan, and Dr. Hakim Mohammad Yousuf Harun Bhuiyan from Bangladesh. To maintain the high quality products, Dr. Hakim Mohammad Yousuf Harun Bhuiyan has established a factory with high tech production facilities, Quality Control, Quality Assurance and R&D activities with the latest scientific equipment and knowledge. This modern factory is run by a group of highly skilled botanists, chemists, hakims, kabirajs, microbiologists, pharmacists and many other well trained personnel. Hamdard gradually extended its health services to the common people of the country. At present, Hamdard is a well-known and trusted Phyto-pharmaceutical organization in Bangladesh. 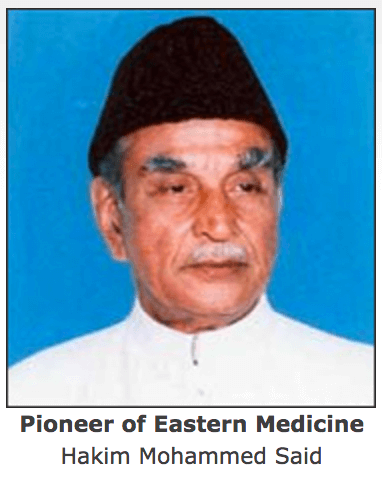